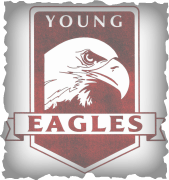 ACYI HOPE Squads are a peer elected group of students committed to being kind, helpful and trustworthy, especially when others are in need of a friend to lend a listening ear or not sure how to get help.  HOPE Squad members are an essential part of our suicide prevention and awareness program throughout the district.
HOPE Squad members also conduct tours of our school for incoming 6th graders and help new students feel comfortable being at a new school.

HOPE Squad members may not be members of Student Council, PSA, or Eagle Eye News team because of conflicting time commitments.
MISSION
Reduce the number of youth suicides in the state of Utah by providing education, training, and expertise in suicide prevention, intervention, and postvention. Our goal is to teach evidence-based suicide prevention strategies that are both specific and measurable.
BACKGROUND
In 1999, a group of concerned individuals met to discuss a topic of critical interest: youth suicide. This group of professionals, parents, and concerned citizens soon became the "Utah County HOPE Task Force." Their name included "HOPE," an acronym for intervening with youth at risk of suicide: Hold On, Persuade, Empower.

From 1995 to 2005, Provo City School District's student population of 13,000 averaged one youth suicide per year. In 2004, the first HOPE squad was trained and set into action at Timpview High School. The Hope Squad students were educated about the warning signs of suicide and trained in ways to help their peers. The collective efforts of many resulted in success as HOPE squads were added in all five of Provo's secondary schools. This has led to nearly 80 students being hospitalized and for eight consecutive years the district has not lost a single student to suicide.

Provo's success in reducing youth suicide prompted numerous training requests from other school districts and communities across Utah. In response to these requests, HOPE4UTAH was organized. Curriculum was developed to train HOPE Squads, advisors, and teachers on suicide prevention, intervention & postvention strategies.

​HOPE4UTAH
Hope4Utah is working collectively with numerous public and charter schools across the state and is committed to empowering students to seek help and save a life.

The HOPE Squad program enhances the health and safety measures already in place at ACYI. It incorporates HOPE Squad/gate-keeper training modules that take an active approach in teaching/learning the warning signs of suicide, reporting potential suicide behavior, supporting students who have already received help, as well as the do's and dont's of a HOPE Squad Member. HOPE Squads are an important link to a school-based suicide prevention program; they are the eyes and ears of our student body.
Click for more info on Hope4UT